Learn about the most common problems and solution guides when troubleshooting chillers here. There are 3 main problems as follows.

Failure due to oil clogging

The main reason for oil clogging:

In the water chiller system remaining too much refrigerant oil, so that the effect of cooling, and also can not be cooling, so the system must be cleared of refrigerant oil. 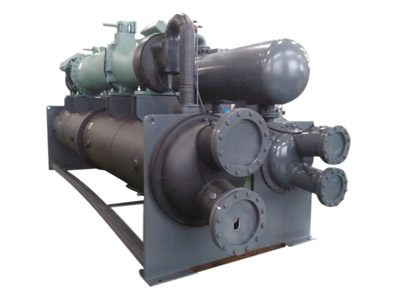 Filter oil clogging should be replaced with a new filter, while using high-pressure nitrogen gas to the condenser part of the accumulation of refrigerant oil, preferably in the passage of nitrogen gas, using an electric hair dryer to heat the condenser.

When the surface of the heat exchanger attached to the oil film, condensing temperature rises, evaporating temperature decreases, resulting in increased energy consumption.

When the evaporator oil film reaches 0.1mm, the evaporating temperature decreases by 2.5℃ and the power consumption increases by 11%.

How to solve the oil film problem?

Using high efficiency oil separator can greatly reduce the amount of oil entering the system pipeline. If oil film is already present in the system, several nitrogen flushes can be performed until no mist is Display.Contact us to get more information.

The icing fault is mainly because the chiller contains too much water. With the continuous circulation of refrigerant, the water in the chiller gradually concentrates at the throttle, and as the temperature at the throttle is the lowest, the water turns into ice and gradually becomes cold. A certain degree will completely block the capillary tube and the refrigerant cannot be circulated. 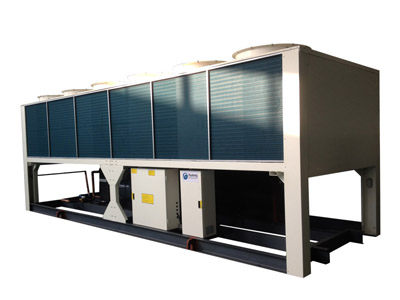 Residual moisture in chiller system components and connecting piping due to inadequate drying.

Moisture present due to installation construction without vacuum or improper installation.

Moisture in the insulation paper of the motor inside the compressor.

The sound of airflow disappears when the blockage is severe, the refrigerant circuit is interrupted and the condenser gradually becomes cooler.

Increase of exhaust gas pressure and operation noise of the machine due to clogging.

No refrigerant flows in the evaporator, the frost area becomes smaller gradually and the cooling effect becomes worse.

After stopping the machine for some time, the refrigerant begins to produce again (cold ice begins to melt).

The ice blockage forms a moment to pass, a moment to block, block and pass, pass and block the cycle of repetition.

How to solve the problem in case of ice blockage? 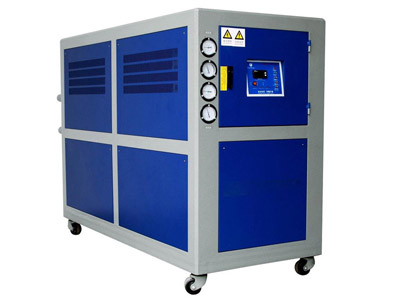 Errors due to dirty clogging

The chiller is dirty blocked because the refrigerant can't circulate, so the compressor runs continuously, the evaporator is not cold, the condenser is not hot, the compressor shell is not hot, and there is no airflow sound listening to the evaporator. When there are more impurities in the system, the filter drier is gradually blocked, and the flow blocking mechanism filter is blocked.

Construction and installation of dust and metal fries, pipe welding when the inner wall surface oxide layer off.

The internal and external surfaces are not cleaned when the parts are processed, the pipes are not sealed tightly and dust enters the pipes.

The distance between the capillary tube and the filter in the filter drier is too small, causing dirty blockage.

A cool or cold feeling in the evaporator when it is partially clogged, but no frost.

The cool feeling when touching the outer surface of the filter dryer and choke, even when frost.

The evaporator is not cold, the condenser is not hot, compressor housing is not hot.

How to solve the dirty clogging?