How to Improve the Efficiency of Water Chillers?

Leaks, as well as air and moisture, can reduce efficiency and system reliability. A low refrigerant charge (usually caused by leaks) will cause the compressor to work harder and achieve poorer cooling. 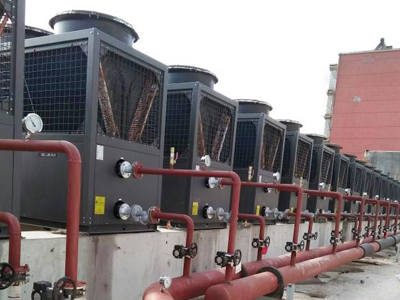 Heat transfer has the greatest impact on chiller performance. The condenser and evaporator tubes in large chillers can exceed 5 miles, so high heat transfer is fundamental to maintaining efficiency.

When tubes scale, chiller efficiency decreases rapidly. Contaminants such as minerals, scale, slurry, algae and other impurities can increase thermal resistance and reduce overall performance. In both closed-loop and open-loop systems, these contaminants can accumulate on the water side of the heat transfer surface. Scaling can occur gradually over time, depending on the quality and temperature of the water used.

Condenser tubes should be brushed at least once a year using an automatic rotary cleaning machine, rather than chemical cleaning, to keep them free from contamination. 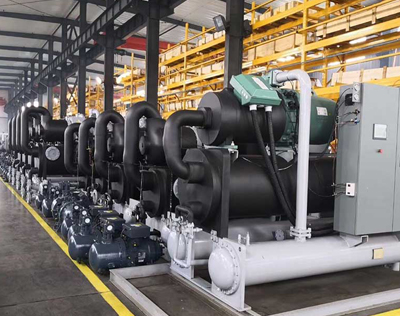 Condenser water circuits that use open cooling sources, such as atmospheric cooling towers, require water treatment to prevent scaling. Erosive conditions, such as sand flowing through the tubes at high velocities, can dent the tubes and thus reduce their efficiency. Untreated water can damage pipes, ducts and other materials.

Cooling tower discharge or drainage is the most efficient way to remove solids and contaminants. When a sensor detects high water conductivity, an automatic valve discharges some water and its dissolved and suspended solids.

Visual inspection is also a good, though less accurate, indicator of water quality. Check the chilled water circuit once a year for general water quality and signs of corrosion.

5. Lower the temperature of the incoming water

Lowering the temperature of the water entering the condenser can improve the efficiency of the chiller. In some building systems, operators can lower the chilled water set point to overcome air handler deficiencies, such as dirty coils. Beware of this practice; it may stop the symptoms, but it will not solve the problem. It makes the chiller work harder to get the same net cooling effect.